Published on February 5, 2021 by Andre Staltz

A social network off the grid

Thank you for continuing supporting Manyverse! January was an intense month, as we worked really hard, while simultaneously the social media landscape went through some crazy turbulences following Trump's attempted coup, Parler's deplatforming, and a WhatsApp exodus.

From January 8th onwards, Manyverse had a clear 25%+ increase of new users from Google Play and from Apple App Store. While the app has no censorship mechanisms, we want to take a clear stance against the far-right and their associates. In the SSB community and among the Manyverse developers, we have blocked several accounts with ties to such movements. And we continue to ponder how else can we oppose the far-right in our decentralized space. Our mission is firmly pluralistic, inclusive, and egalitarian.

I was briefly interviewed by TechCrunch for an article about decentralized social apps. Unfortunately, the article ended up pivoting towards Twitter's Bluesky project, after Jack's announcement on January 14th. Nevertheless, the Bluesky report that Jack tweeted mentions SSB and Manyverse. The public awareness of social network alternatives is growing, and this is why your support for Manyverse is vital.

Every month, I release a new version of Manyverse and write this newsletter. This time, unfortunately, there is no new release. In January, I worked more-than-full-time (30h overtime) with a single focus: put the new SSB database in Manyverse. I thought one month would be enough, but it's not. I couldn't possibly release a version with the new database, it still needs a lot more bug fixes, crash fixes, and performance tweaks. In January, Anders and I made more than 60 pull requests (that's an average of 2 per day, including weekends). We're rewriting several core parts of SSB, so much that we've been joking "let's try to not rewrite everything".

I think we've done more than half by now, if you want a detailed drill-down you can check this issue. When Manyverse receives the new database in production, it'll have a better performance, won't heat up your phone, and will display progress bars of the indexing status.

By the way, we'll be at FOSDEM (remotely) this weekend giving talks about the work we've been doing. Check out the schedule of the track and join the Matrix channel to participate with questions and comments.

In refreshing news, we've begun the work on porting Manyverse to desktop! In last month's update, I teased this briefly. Since I'm receiving income from the NGI Pointer grant to work full-time on the new database, Jacob Karlsson is now using the funds that you donate to this Open Collective to work on Manyverse Desktop.

We are roughly one quarter done, and Manyverse desktop is currently able to load up just one Thread screen. Publishing comments also works! See screenshot below. Navigation between screens is still missing, and it's going to be one of the bigger challenges.

You may be wondering what is the need for Manyverse desktop when other free and open source SSB apps are already established on desktop, such as Patchwork and Oasis. So far, in feature coverage, Manyverse is still catching up with Patchwork. However, these apps have had a maintenance hiatus as their original authors have stopped developing them around mid 2020. This leaves a need for an actively maintained SSB app on desktop, especially as we see the need for better moderation features currently not present in any app. Jacob has also been a contributor to Patchwork, so his experience with Electron and SSB on desktop is valuable for Manyverse desktop too.

Manyverse users on iOS consistently experience a crash once the app reopens, after unlocking your phone. David Gómez and I decided to take a deep look into this crash, so we did some pair programming via Jitsi on one fine Saturday. After 3 hours hunting for the root cause, we learned something, but the crash is still unsolved. It's apparently a bug affecting many other uses of nodejs-mobile. David and I will do a few more sessions to try to get it fixed.

During January, Wouter finished sprint number 2 in the UX project "Welcome to the Manyverse", and wrote a 106-page long report, which you can read in full by clicking this link (excerpt shown in the image below). It details how people expect the Manyverse onboarding experience to flow, from the perspective of a new person invited by an existing user. These findings were also vital to inform my work on the technical design of Room Servers 2.0, which we'll implement this year under the NGI Pointer grant. 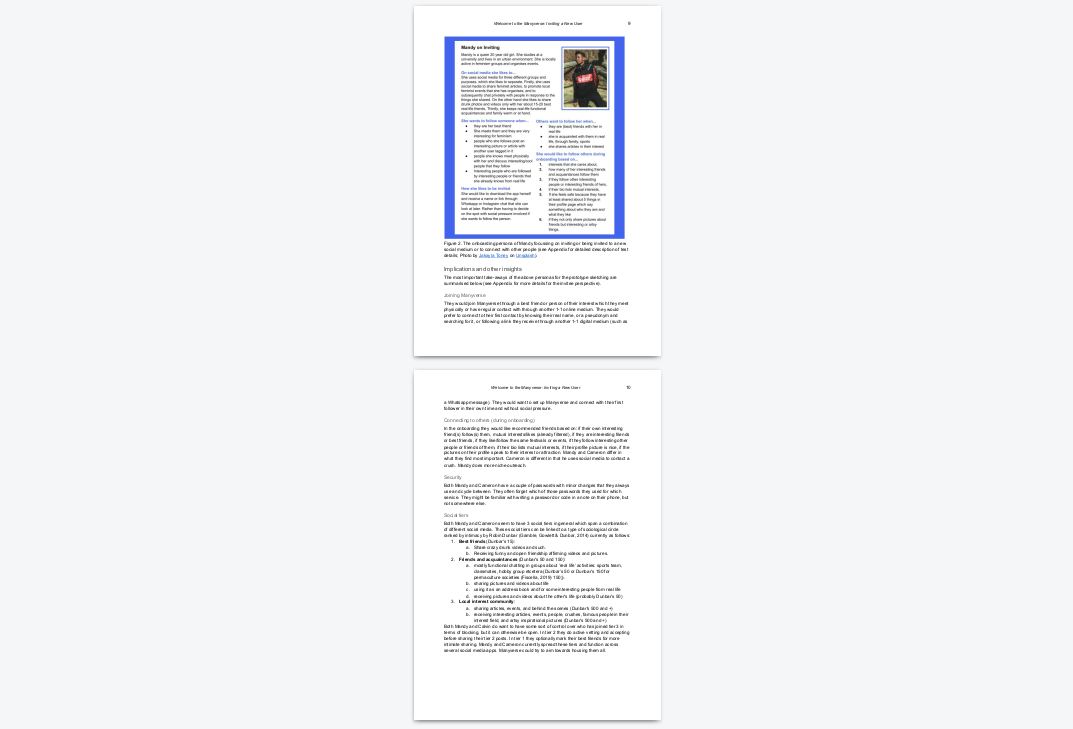 Wouter began work the next sprint as well, and we got together in a meeting to discuss ideas of new screens for onboarding. Lots of great ideas are being mapped! 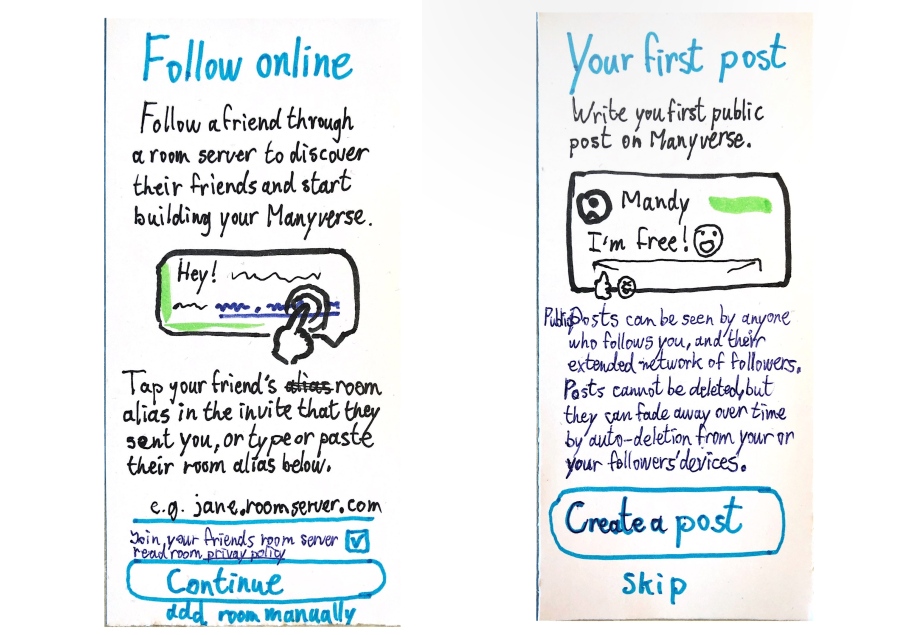 I really hope that next time I write to you I can bring amazing news about the new database. Let's see! Now, back to work.

PS: Open Collective now allows you to comment on these updates if you open it in the collective's page. I'd love to hear from you!

This is really exciting! Just upped my contribution from "not very much" to slightly more than that :).
❤️  1