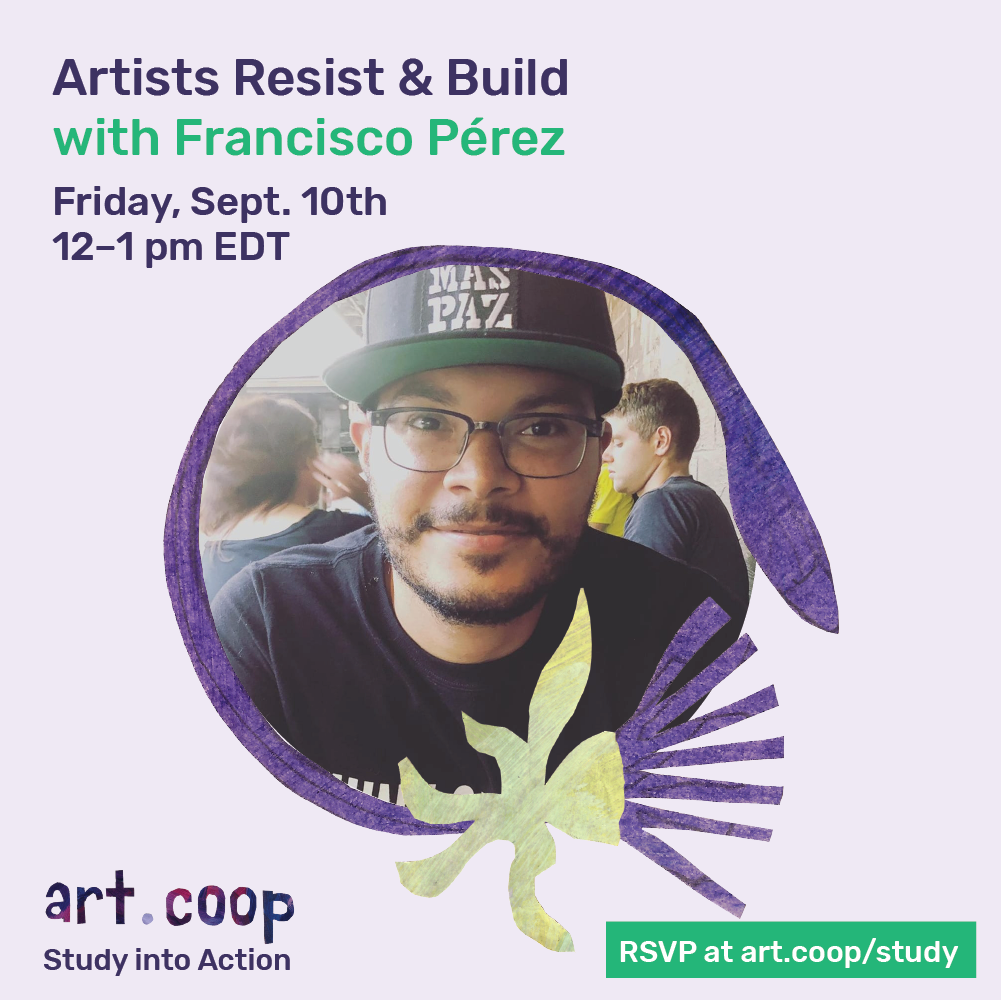 A history of organizing in the arts with a focus on Solidarity Economy alternatives and artist-led resistance with Francisco Pérez, Executive Director of the Center for Popular Economics 9:00 PT / 12:00 ET

Last week's recording and an invitation to keep learning

Thank you so much for joining us last week for our second public session of Study-into-Action! If you weren't able to attend or would like to revisit the powerful session, you can find a recording...
Read more
Published on September 15, 2021 by Marina Lopez

Thank you so much for registering for the second session in our Study-into-Action series! Opening tomorrow's session we have Sonic Alchemist and Community Catalyst, DREEEMY! Chris Myers of...
Read more
Published on September 9, 2021 by Marina Lopez

Join Francisco Pérez, Executive Director of the Center for Popular Economics
for a history of organizing in the arts with a focus on Solidarity
Economy alternatives and artist-led resistance.

Francisco Perez (Platanomics) is a solidarity economy activist, educator and researcher currently pursuing a PhD in economics at the University of Massachusetts at Amherst. His research focuses on the political economy of the CFA Franc, a currency union of fourteen West and Central African countries.
Francisco is also the Director of the Center for Popular Economics, a nonprofit collective of political economists whose programs and publications demystify the economy and put useful economic tools in the hands of people fighting for cultural, social and economic justice.

He has worked on social and economic development projects in Brazil, the Dominican Republic, Guinea, Senegal, Sierra Leone, the US and Venezuela. Francisco has also worked for the Museum for African Art in NYC as a grant writer and was a member of a collective of artists fighting to free political prisoners called the “Scientific Soul Sessions.”